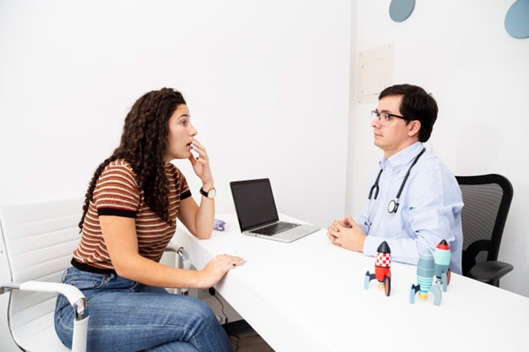 Healthcare and medical Billing fraud is an unscrupulous act of overcharging a patient for medical billing services rendered. Most scam perpetrators are left off the hook due to patient gullibility until they find an attorney to protect their legal rights. According to the National Health Care Fraud Association (NHCAA) more than $300 billion, each year is embezzled in the name of essential medical procedures. This poses to be a devastating setback to the entire US Health Care System in restoring the faith of patients on a global scale.

Misdiagnosed health conditions, falsified injuries, complex medical jargons and errors in technical coding practices greatly add to the medical billing malpractices. Excessive reimbursements are the primary cause of concern for many health care providers while maneuvering through this vast sea of knowledge regarding sensitive medical procedures. Combating medical fraud is a recurring nightmare for the U.S. Department of Health and Human Services (HHS).

Educating oneself on medical billing errors and their causes is the need of the hour. As they have devastating ramifications.

Some of the Dominant Medical Fraudulent Practices:

Overpricing and Overutilization of Services

Negligently some healthcare providers are charging spurious amounts of money from millions of patients in the advent of a life-threatening situation. In case of accidental injuries there is a greater need for swift medical attention. Pain management in serious ailments is one of the key reasons why there is a higher chance of prescribing unnecessary drugs and testing. This leads to a panic-driven mode where a patient is forced to seek further urgent care. Being at the mercy of the health care providers it’s easier to be misled and get overcharged through the use of incorrect medical coding. Emergency room procedures have more complex rules and regulations that create an imbalance in both quality and costs.

The misuse of controlled substances and prescription drugs is a very serious social and health hazard.  This includes several unnecessary visits to the doctors to adjust the dosage and add more medications. Forged prescriptions are used to lengthen the time of a particular medicine beyond its medical necessity. Such gimmicks are widespread amongst health care providers to increase patient billing. The element of fear and a dearth of knowledge about medical prescription drugs renders a patient fully debilitated to rely on the doctors for analyzing their needs. Many doctors prescribe more expensive versions of a low-cost medication formulation to reel in more cash. Dispensing counterfeit drugs through E- prescribing that are irrelevant to patient medical history remains to be a huge crisis today.

Many instances have been reported where there are no authorizations from government health regulatory authorities to provide certain treatments. As the insurance provider denies coverage for several reasons. This creates an ambiguity in price transparency. Coverage parameters for Medicaid and workers’ compensation cases vary significantly. In instances of extreme injuries the hospital bills can be expensive but not covered by insurance. It is imperative to look into the deceit of overcharging.

Prevalence of Kickbacks to Obtain Referrals

Kickbacks are monetary gains demanded in exchange for referring a certain health facility or health services to patients. Getting paid for referrals is illegal, in other words being bribed for providing services, goods or medicines. The issue is widespread as many providers are indicted for prescribing incorrect medications and receiving thousands of dollars in kickback. The FBI has launched stringent crackdowns against such doctors costing them over $60 billion every year.

A practice’s financial health is severely tainted if providers waive co-pays and deductibles leading toinsurance fraud. This is an unlawful practice unless used under situations where patients are financially burdened and payment arrangements have been made. The crux of that matter lies in having a discrepancy in charges taken by providers from both patients and the insurer. Keeping a keen eye on the latest legal implications relating to deductibles and waiver of co-payments is essential for providers. If the provider is found guilty of insurance fraud they may be liable to be penalized under violation of law.

The Idea of Phantom Billing

Considered as one of the most common medical billing frauds, Phantom Billing as the word implies is fake billing. This type of billing denotes medical procedures that were never performed. With such manipulation of medical services carried out without patients’ permission it further opens a legal ground for scams costing millions of dollars to track down. For further clarity it means billing for Radiology, MRIs, Dental procedure, CT Scans, X- Rays when in reality no such testing was executed. Such illegal and forged incidents are an extreme abuse of Medicaid and Medicare.

The Proliferating Cases of Upcoding

The intricate realm of coding different medical procedures to help distinguish the varying costs.  As an example a patient who is supposed to get treatment for a sore throat gets charged for a lung infection of a serious kind. Upcoding means using wrongful CPT (Current Procedural Terminology) codes to charge an insurance company more money for the treatment that wasprovided. Making inaccurate assessments regarding viable treatment options for numerous medical procedures and charging an exorbitant amount of cash all fall under the umbrella of fraudulent upcoding.  Upcoding is the practice of using codes for more expensive treatments when a cheaper procedure was performed.

It is the submission of bills in a fragmented way to capitalize on reimbursements for various medical procedures required to be billed together. The role of EHR comes into play when taking into account the issue of unbundling. It falls under the category of Medicare and Medicaid Fraud, which is illegal and intolerable

Whistle blowing and gaining apt knowledge about such medical billing malpractices is the best way to recognize and prevent fraud in medical billing. Addressing the heinous world of Medical Fraud remains to be a huge challenge for The US Health Care System Federal agencies and honest healthcare providers.

Why is Outsourcing to a Medical Billing & Coding Company a Good Idea?

We use cookies on our website to give you the most relevant experience by remembering your preferences and repeat visits. By clicking “Accept”, you consent to the use of ALL the cookies.
Cookie SettingsAccept
Manage consent

This website uses cookies to improve your experience while you navigate through the website. Out of these, the cookies that are categorized as necessary are stored on your browser as they are essential for the working of basic functionalities of the website. We also use third-party cookies that help us analyze and understand how you use this website. These cookies will be stored in your browser only with your consent. You also have the option to opt-out of these cookies. But opting out of some of these cookies may affect your browsing experience.
Necessary Always Enabled
Necessary cookies are absolutely essential for the website to function properly. These cookies ensure basic functionalities and security features of the website, anonymously.
Functional
Functional cookies help to perform certain functionalities like sharing the content of the website on social media platforms, collect feedbacks, and other third-party features.
Performance
Performance cookies are used to understand and analyze the key performance indexes of the website which helps in delivering a better user experience for the visitors.
Analytics
Analytical cookies are used to understand how visitors interact with the website. These cookies help provide information on metrics the number of visitors, bounce rate, traffic source, etc.
Advertisement
Advertisement cookies are used to provide visitors with relevant ads and marketing campaigns. These cookies track visitors across websites and collect information to provide customized ads.
Others
Other uncategorized cookies are those that are being analyzed and have not been classified into a category as yet.
SAVE & ACCEPT
×
Skip to content