Greensense Billing > Blog > Blogs > What to do When Your Medical Claims are Denied
Posted by: Admin
Category: Blogs
No Comments

What to do When Your Medical Claims are Denied

Health Insurance claim denial ratio can be dependent upon several reasons. The role of a medical billing and coding specialist is integral in processing medical claims daily. The average claim rate in the healthcare industry varies between 5 to 10 percent as observed by AAFP (American Academy of Family Physicians). Thus allowing ample room for slip-ups while billing and coding for numerous medical procedures and/or physicians whether submitting bills electronically or manually. Providers work tenaciously to maintain a low claim denial rate and maximize claim reimbursement profits. There is a great need for quantifiable reporting regarding denial appeal results to oversee the primary reason a denial is given on a claim. It is extremely important to have continuous communication with insurance payers regarding the status of a claim.  Claims can either be denied or rejected. Rejected claims are claims that are sent back to billers based on errors. Whereas denied claims are received by insurance payers but are marked as unpayable due to several various reasons.

In the U.S. you have a legal right to appeal against a decision on a denied or rejected claim and allow a third party such as a billing company to review the claim.  Every insurance carrier has its specific reasons to nullify a claim. Insurances deny claims due to several reasons such as, not receiving 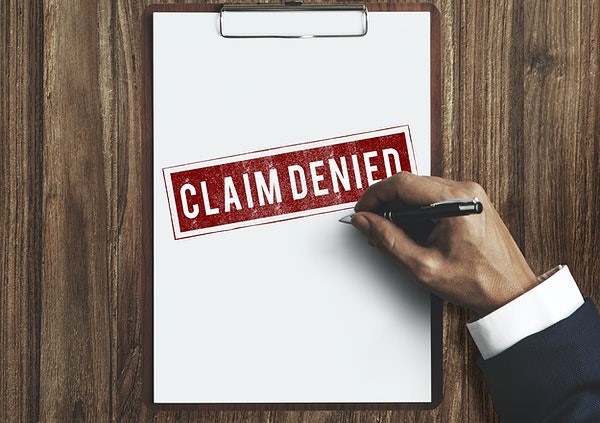 pre-certification authorization, inaccurate diagnostic coding, late claims filing, no medical necessity or the provider is out of network. Surprise medical bills are exorbitant in nature which adds to the stress of the patient who underwent a medical procedure. As for claims submission timeliness, accuracy and transparency are the main aspects of the medical claims process

What is a Denied Claim?

A Denied claim is the refusal of an insurance carrier to honor a request by a person (or his or her provider) to pay for health care services attained from a health care professional. Denied medical claims just slow down the revenue management cycle and bring added burden to the provider and patient. Claims can be partially denied as well in instances where your primary doctor seeks out of network provider assistance during a medical procedure. It means that only part of your claim is being denied by your insurance carrier. This can happen in most scenarios where immediate medical health care is required.

Denied claims are usually due to wrong insurance information and uncovered medical services. Accurate claims filing and claims scrubbing through the help of a clearinghouse is a must have for every single provider out there today. The need for accurate and timely submission of claims should be the number one priority for medical providers and insurance carriers alike. Ensuring that there are no claim submission pitfalls that can lead to denied claims is extremely crucial. It affects the efficiency of any medical billing service provider department. According to AARP, 200 million claims are rejected annually. A medical Claims Inspector Software can routinely run millions of edits while sorting out each claim. Proactively deciphering claims data and analyzing the key loopholes initially can help thwart the challenge of rejected and denied claims altogether.

Denied claims must be investigated as soon as they are received.  There are time restrictions for an internal claims appeal. There can be numerous reasons why a claim is denied by an insurance carrier.  Every health plan is diverse it is vital to observe that you are being billed for a service rendered and not overcharged.  It is extremely important to see when your claim was denied. The insurance payer can deem a claim as denied based on contractual clauses between the payer and the patient. Or due to errors within the billing itself. Knowing the date of the claim being denied, and claim status is an important part of claims processing. Verifying insurance eligibility, submission of claims to the right insurance carrier, being up-to-date with insurance requirements, proofreading a claim and filling inaccurate information are key factors to counter claim denials. That’s why most providers outsource their medical billing to professional medical billing and coding companies.

All health plans have a process in place for appealing denials, which was codified by the Affordable Care Act. The appeals process is outlined in the information you receive when you’re notified that your claim or pre-authorization request has been denied. Follow your health plan’s appeals process carefully. Keep good records of each step you’ve taken, dates and times, and who you spoke with if calling in via  telephone. Medical billing and coding best practices can lessen the denial rate significantly. If you’re not able to resolve the issue by working internally within your health plan, you may request an external review of the denial. This means a government agency or other impartial third party will review your claim. It is also important to determine if the claim needs to be written off or sent to the patient for billing purposes. It is also essential to look out for claims that require resubmission.   Medical billing and coding specialists are required to establish clear goals for follow-ups with insurances on resubmitted or denied claims. It is beneficial to follow up on appeals as insurance companies most frequently don’t approve what they are liable to pay.

There are two types of denied claims Hard Denials and Soft Denials. Hard denials are irreversible and written off completely. Appealing for Hard Denials is necessary and health workers should entirely resubmit them to the insurer. The reasons that lead to hard denials are incorrect claims bundling; missing out on preauthorization requests and late submission of claims. Soft Denials occur due to inaccurate information, coding issues, pending issuance of EOBs (Explanation of Benefits) or missing itemized medical bills. The denied claim should be pursued aggressively by scrutinizing the claim closely for missing information. Disputed claims should be sent to insurance payers in writing thus reducing denial rates. As this can have a significant impact on the revenue cycle management of a health care provider.

How Denied Claims are Processed by the Insurance Carriers

Insurance payers have authentic reasons which deem a claim to be denied. It may be due to missing information, medically unnecessary treatments, or even non-coverage services. These claims can be appealed and sent back to the insurance companies for payment processing. However, this process takes up a lot of  time and can prove to be very costly. It is essential to submit concise claims as duplicate claims can pose to be an annoyance for providers. For concise claims submission it is useful to use original claim forms, avoiding labeling them as “refilled claim or ‘second request, using upper cases or punctuations that may hinder clarity. An Explanation of Benefits or EOB is sent by the insurance payer to identify the status of acclaim whether is it paid denied, rejected or suspended.  Medical billing specialists constantly communicate with insurance payers through calls, emails, and faxes for up-to-date status of a denied claim. Claim denials are difficult because of third party involvements, inability to extract denial data, constant change in health care information and the challenging appeals process. Early denial management intervention is primal in reducing claim denials.  It is also important to request a copy of fee schedules when analyzing denied claims. Wrong CPT codes can lead to denied claims as well.

How to Mitigate a Denial on Your Own

If your health plan denies a claim or a pre-authorization request both scenarios can leave you in the lurch. A claim denial doesn’t impede you from seeking primary care. Instead it points out the reason why your insurance carrier won’t pay for the medical procedures. It means that you will have to appeal the decision and get the maximum coverage reimbursement if successful. Out of pocket expenses mean that you are opting to pay for medical treatment on your own so you may get health care without ceasing. Thus looking into the reasons for a denied claim is crucial so it can be overturned. This process is referred to as appealing a denial. This can be done for both prior authorization denials and post-service claims as well. Learning how-to interpret an EOB document and reviewing relevant legislation is key.

Green Sense Billing offers you one-stop-solutions for all your requirements. Most importantly you can control your entire medical billing practice. We provide exceptional Medical Billing and Coding resolutions through PMS (Patient Management Software) for claim filings and submissions.


GreenSense Billing, Inc. Greensense Billing. All rights reserved
We use cookies on our website to give you the most relevant experience by remembering your preferences and repeat visits. By clicking “Accept”, you consent to the use of ALL the cookies.
Cookie settingsACCEPT

Any cookies that may not be particularly necessary for the website to function and is used specifically to collect user personal data via analytics, ads, other embedded contents are termed as non-necessary cookies. It is mandatory to procure user consent prior to running these cookies on your website.